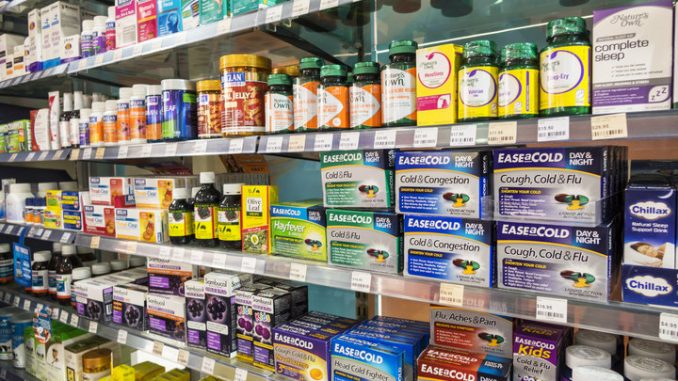 What are the long term effects of over the counter drug abuse?

Over the counter drugs or OTC meds as they are commonly known are relatively low risk, which is the main reason why they can be purchased over the counter. However some OTC drugs can pose serious long term effects if they are misused or abused.

Different over-the-counter medicines can cause different long-term side effects. For example, some diet pills that can be bought over the counter contain stimulants which, when taken excessively, can make your heart beat faster than normal and increase your metabolism. This can be dangerous for anyone, but particularly for people who already have high blood pressure or a heart problem. Even if you have a healthy heart, you can still suffer from a heart attack or stroke from abusing OTC diet pills.

Many over-the-counter drugs can lead to kidney and liver damage, even paracetamol when taken excessively can result in irreversible liver damage. If you combine these OTC medicines with alcohol or other drugs, the damage can be made even worse. Steroids can cause this damage, as can dextromethorphan (DMX).

Abusing over-the-counter opioids, which are used to provide pain relief, can result in confusion and coordination problems. You may also need to increase your dose of this medicine to get adequate pain relief, which makes the risk of addiction and side effects even greater if the drug is being abused.

Other over the counter medicines used to treat pain such as Naproxen should always be used before trying an opioid based medicine. Drugs that contain any type of opioids can be highly addictive, even the the OTC types.

Nausea and constipation are also side effects associated with opioid abuse.

Dependence is another long-term effect of over-the-counter drug abuse. A great deal of OTC medicines can become habit-forming when not taken as instructed, particularly when taken over extended periods of time or in larger doses than they should be taken.

Are there certain over-the-counter drugs that are more prone to abuse than others?

The term ‘purple drank’ is used to describe a recreational drug that is made by mixing large doses of cough syrups with hard candy and a carbonated soft drink.

The drug contained in cough syrups is typically codeine. This dangerous cocktail is particularly prone to abuse because it is quite easy to get hold of and, when mixed into a ‘purple drank’ formula, it can give those who drink it feelings of euphoria and also cause them to hallucinate.

The effect of purple drank is often referred to as ‘swooning euphoria’, causing those who drink it to experience a dissociation from their own body. Typically, this feeling can last anywhere between 3 and 6 hours.

However, there are also dangerous risks associated with using purple drank. Aside from hallucinations and euphoria, those who take it may also experience vision problems, memory loss, nausea, dizziness and seizures. It has caused a lot of people to require hospitalisation and has even proven fatal in many cases, too.

Typically those OTC meds containing codeine and other low doses of opioids should be taken with extra care and should always be used on a short term basis.

How to look after your health through the decades February 18, 2021

How the pandemic has affected the elderly's physical and mental health February 18, 2021