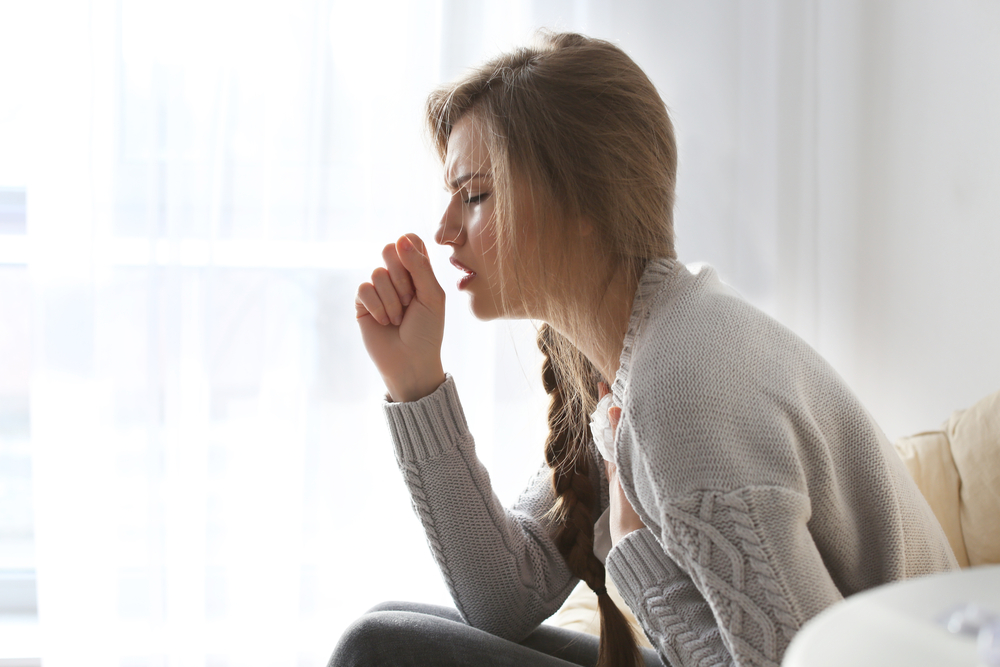 Bronchitis is a very common lung condition that can affect anyone of any age, especially following a cold or flu virus.

It is one of a number of lung and respiratory conditions along with emphysema that are collectively known as COPD (chronic obstructive pulmonary disease).

The respiratory system consists of two airways called bronchi, which branch out from the windpipe, or trachea, into each of the two lungs. Each bronchus branches out even further into smaller airways or air sacs, known as bronchioles. Gas exchange takes place here, where we breathe in oxygen and breathe out carbon dioxide.

Normally, this respiratory process happens without us thinking about it. To keep things working smoothly, mucus is produced in the airways to trap any particles or dust that may come into contact with the lungs.

When the lungs become irritated or inflamed, usually due to an infection, this is known as bronchitis. Extra mucus is then produced by the airways in response to the irritation, which results in a number of symptoms, most notably coughing up thick mucus.

Bronchitis is more common in the winter months and is usually brought on by a common cold.

If you are diagnosed with bronchitis, it will be classed as either acute or chronic bronchitis.

Acute bronchitis is inflammation of the large airways of the lungs that lasts up to three weeks is known as acute bronchitis, or simply a chest cold. It tends to affect children who are under five years of age, although anyone can suffer from it. You are more likely to get a bout of acute bronchitis after the flu, a cold or sore throat, especially during winter.

Acute bronchitis is more common than the chronic form and doesn't usually cause any lasting problems. Acute bronchitis typically lasts for up to 3 weeks and usually clears by itself without the need of medication.

As the name suggests, chronic bronchitis is a much longer-term infliction that lasts for around three months of the year, over a period of two consecutive years. It is more serious than acute bronchitis and is characterised by a productive cough (a cough that produces phlegm). It tends to affect those over 40, with smokers more likely to be affected than non-smokers. Chronic bronchitis is a form of chronic obstructive pulmonary disease or COPD.

Bronchitis is mostly caused by the same virus that gives us the flu or common cold. In fact, 95% of cases of acute bronchitis are caused by viruses. Occasionally, it may also be the result of a bacterial infection.

Breathing in substances that irritate the lungs can also trigger bronchitis. Typically, this can include:

Indeed, tobacco smoke is the biggest risk factor for developing both acute and chronic bronchitis, with passive smokers equally at risk.

You are also more likely to contract bronchitis if:

Signs and symptoms of bronchitis

The most common signs and symptoms of bronchitis are a persistent cough with the expulsion of clear green or grey-yellow coloured thick mucus.

Symptoms typical of a common cold are also a feature and may include a runny or blocked nose, blocked sinuses, headache, sore throat, general fatigue and possibly a low-grade fever. In some cases, you might also experience wheezing and shortness of breath, particularly if you suffer from chronic bronchitis.

Symptoms last for around three weeks in those with acute bronchitis, but they will drag on for much longer and will be more persistent if you have the chronic form.

In some cases, the infection that causes bronchitis can spread further into the lungs, causing fluid to collect in the bronchioles or air sacs. This affects around 5% of people who develop bronchitis and is called pneumonia.

When to see a doctor

The majority of individuals with bronchitis will find that it can be easily treated with some over the counter NSAIDs (non-steroidal anti-inflammatory drugs) such as naproxen. However, if your symptoms worsen or persist over a prolonged period of time, you may need to book an appointment to see your GP.

You will also need to see a GP if you experience the following:

Most cases of acute bronchitis can be easily treated at home with plenty of rest at home and fluids. Over-the-counter medicines can be taken to relieve cold symptoms. You should start to feel better within a week to 10 days, although your cough might linger for a few weeks.

More severe symptoms may warrant a visit to your GP. For example, if you cough up blood, experience chest pain, can't sleep, have a persistently high temperature, are increasingly breathless or if your cough doesn't ease after three weeks.

It is also a good idea to get checked out by your doctor if you have an existing heart or lung condition, or if you've had several bouts of bronchitis previously. Bronchitis symptoms can be similar to other lung conditions, like pneumonia, so a correct diagnosis is important.

Your doctor will be able to diagnose bronchitis based on your symptoms and an examination of your chest. Sometimes, a chest X-ray, blood tests and other tests may be carried out to rule out other lung conditions, or if you suffer from chronic bronchitis or other forms of COPD.

Bronchodilators in the form of an inhaler or tablets may be prescribed by your doctor if you experience shortness of breath and wheezing. These can help to open up the airways and thin the mucus so it's easier to expel.

Bronchodilators are often used to treat asthma and COPD and contain the active ingredient salbutamol, which is used to relieve the symptoms of asthma and COPD. However, a salbutamol inhaler is likely to only be prescribed for individuals who are suffering from chronic bronchitis.

Since most cases of bronchitis are caused by a viral infection, your GP won't generally prescribe antibiotics as they will make no difference in these cases. Antibiotics will only be prescribed if bronchitis turns into pneumonia, or if you are at risk of developing pneumonia or other complications.

Chronic bronchitis cannot be cured, but you can improve symptoms and reduce the risk of infection by avoiding irritants such as tobacco smoke.

Getting vaccinated against the flu may also prevent contracting viruses that might increase the risk of bronchitis occurring.