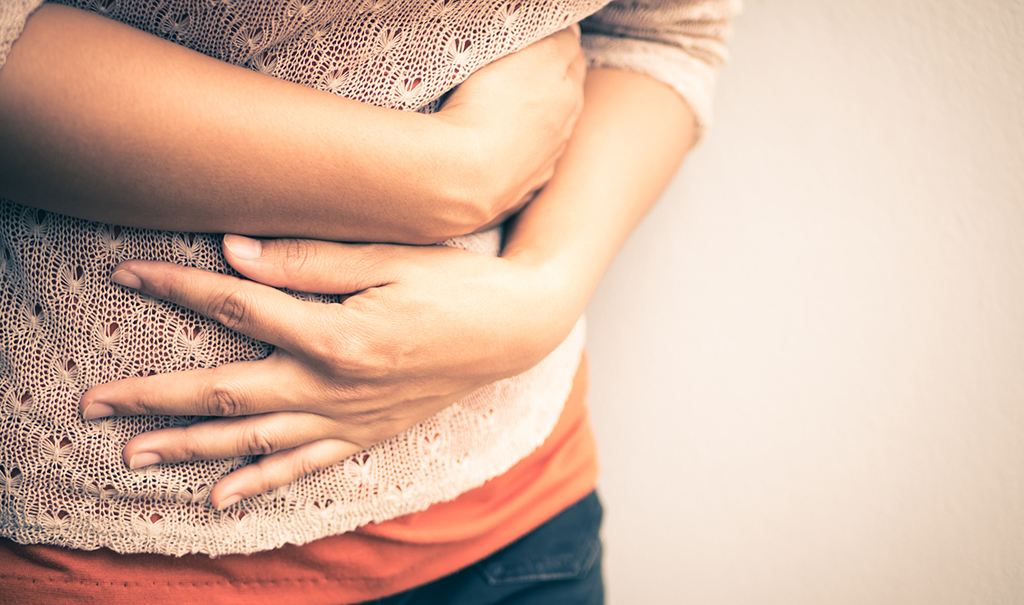 Gastritis is a painful condition which happens when the stomach's lining becomes inflamed after suffering damage. With appropriate treatment, the issue can clear up quickly and should be no cause for concern. Left untreated, however, it can linger for potentially years, causing considerable discomfort depending on what has caused it.

Although they are 2 completely different conditions, Gastritis shares many of the same symptoms usually asosciated with heartburn and as a result is treated in a very similar way to GERD (gastroesophageal reflux disease) more commonly known as acid reflux.

The symptoms of gastritis can vary, depending on its cause. Lots of people suffering from gastritis brought on by a bacterial infection, for example, may not even experience any symptoms at all.

More common symptoms of gastritis include indigestion, characterised by a feeling of bloating, heartburn, a bad taste in the mouth, excessive wind, and potential feelings of nausea.

Another common symptom is a consistent pain, often described as burning or biting, in the stomach. If the stomach lining has been worn away, you might even find evidence of blood.

These symptoms can be acute (come out of nowhere), or chronic (long-lasting).

Gastritis has many potential causes - among the most common of which is an asymptomatic bacterial infection, caused by the H. pylori bacteria. Though it's a bacterial infection, symptoms usually don't present themselves, or if they do they're irregular and relatively benign. Many people carry the H. pylori bacteria in their stomach, and it's often a lifelong infection, which, if it causes no severe issues, is not a cause for concern.

Erosive gastritis is often caused by introducing heavily acidic substances to the body - often, for example, it can be an issue for those who consume large quantities of alcohol, or who take drugs such as cocaine. Over the counter pain medications, such as naproxen and aspirin, can also cause potential issues with gastritis if they're taken on a consistent basis, due to their erosion of the stomach lining in high doses.

Gastritis can also be caused by circumstances. Any invasive or traumatic event, such as a severe injury, a bout of surgery, or a spell of prolonged or difficult illness can also cause a gastritis flare. A much rarer cause of gastritis is down to an auto-immune reaction; this is where your body's immune system mistakenly identifies your body's own cells and tissue as a foreign bacteria or virus and fights against it. If that happens to be the stomach lining, gastritis can ensue.

If your symptoms persist, worry you, or cause you considerable discomfort, you should seek medical assistance.

There are a number of treatments available for gastritis, depending on what exactly is causing it. For quick pain relief, you can be prescribed certain antacids to help neutralise the excess stomach acid.

Alternatively, ranitidine or other histamine blockers may be provided. Rather than neutralising stomach acid, they help to prevent it from being produced in excessive quantities. Even more effective at decreasing your stomach's acid production are PPIs (proton pump inhibitors) such as Omeprazole and Lansoprazole which are available on prescription.

If your condition is brought about by an H. pylori infection, a combination of PPI’s and antibiotics should help.

There are things you can do at home to manage your gastritis symptoms or to help lower your risk of suffering from them. Eating smaller, more frequent meals can help, as they're easier for your stomach to digest. Cutting down on your alcohol intake will also help prevent your stomach lining eroding. Overly spicy, fried, or acidic foods can also contribute, so should be consumed in moderation.

The Anti-Inflammatory diet provides more information on what foods can help with inflammation and a number of inflammatory conditions.

When to see a Doctor?

It is important to monitor your symptoms and any fluctuations in the signs and symptoms of Gastritis.

We recommend seeing a GP if you are experiencing the following symptoms:

Some of the symptoms that Gastritis present are not always signs of gastritis. For example other conditions can have very similar side effects such as Irritable Bowel Syndrome which can also cause stomach ache and abdominal pain.