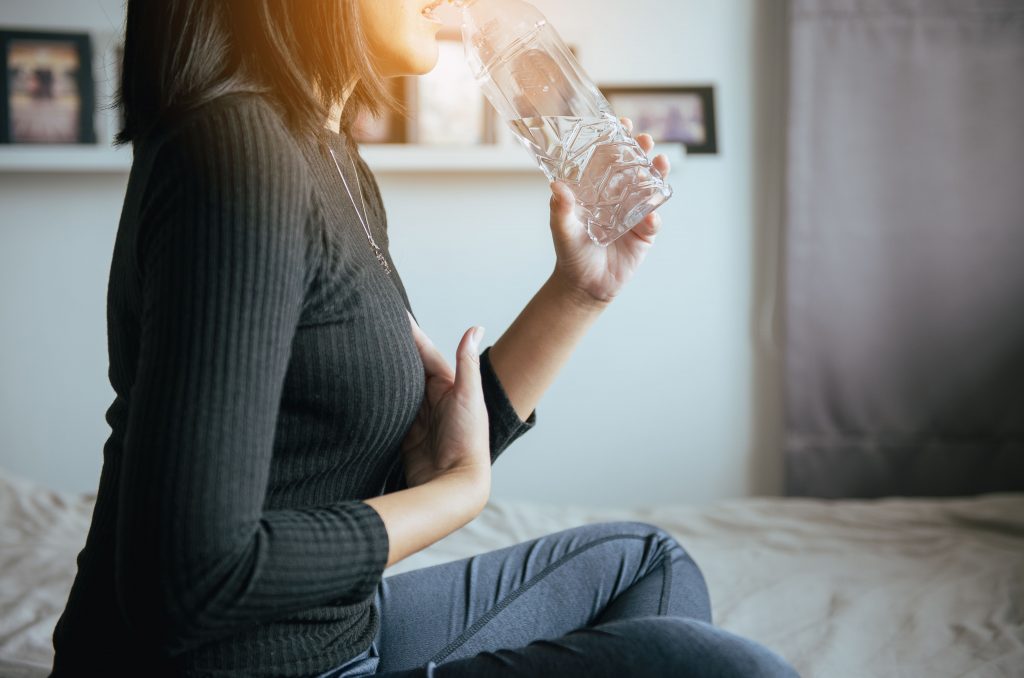 What is laryngopharyngeal reflux (silent reflux)?

Laryngopharyngeal reflux is a condition which involves stomach acid going up the oesophagus (swallowing tube) and into the throat. One of the predominant symptoms is a sore throat, and most treatments are centred on making lifestyle changes.

While anyone can get laryngopharyngeal reflux, also known as LPR, it tends to affect older people more. Among those who are understood to be more likely to get LPR are; people who wear clothing which is too tight, people with certain diets, people who are obese, pregnant women, and people who are stressed out.

What are the causes of LPR?

Adults will tend to get a cold or flu like symptoms before they develop LPR. Adults with certain conditions may be more likely to develop LPR such as:

What are the symptoms of silent reflux?

The symptoms of LPR are predominantly felt in the throat. They include the following:

As the name may suggest, silent reflux causes few symptoms in comparison with gastroesophageal reflux disease (GERD), which can commonly cause heartburn. It helps to understand the difference between these two conditions so that you know which one you are experiencing.

How is LPR Diagnosed?

Signs and symptoms are usually the primary way in which LPR is diagnosed. These can include symptoms such as throat swelling and irritation. Because symptoms are often prevalent, in some cases there is no need for further tests to be conducted in order to make a diagnosis.

There are generally three tests which are used. One of them is a swallowing study, which involves the patient swallowing a liquid called barium, that coats the stomach, oesophagus and intestine, allowing them to be outlined using x-ray. The doctor can then track the movement of food as it goes from the mouth to the oesophagus.

Another test which is used is an endoscopy, which uses a small camera and a long thin tube in order to look directly into the oesophagus and stomach. There is also an oesophageal pH test which uses a small thin tube with a device that is able to detect acid. This is passed through the nose and down the oesophagus, where it is placed in the region of two inches over the lower oesophageal sphincter.

Your doctor may also wish to prescribe you with a medicine designed to help with silent reflux such as Lansoprazole 15mg/30mg tablets for acid reflux. They would then monitor the results that the medicine had on your condition. For example if the medicine worked and helped to ease symptoms, this would tell the doctor that it is most likely the condition that they think it is.

LPR is usually addressed with lifestyle changes. One of the first steps can be to switch to a blander diet, which contains less fat and spicy food. Foods that are known to trigger Acid Reflux symptoms should be avoided.

It is also important to introduce more foods that help with acid reflux and LPR symptoms into your diet in order to try and control the symptoms.

It can be better to eat frequent, small meals, rather than gorge on large amounts of food each time you eat. Losing weight can help, and you will want to steer clear of tobacco, alcohol and caffeine as much as possible.

If you are experiencing LPR, it is recommended that you don't eat less than two hours before you go to bed. You can also benefit from raising your head before you sleep, by putting an object under the top part of the mattress. This can help to prevent stomach acid from travelling into the throat. It sounds basic, but even trying to avoid clearing your throat can address some LPG symptoms.

There are over the counter medications which can help to treat LPG. These include antacids of various brand names, stomach acid reducers, and proton pump inhibitors such as Omeprazole. It is important to follow the directions which accompany these various medications closely.

It is not common for surgery to be required, but sometimes it can be recommended in order to strengthen the lower oesophageal sphincter. The procedure typically used is fundoplication, which makes a stronger valve between the stomach and the oesophagus by 'wrapping' the upper stomach around the lower oesophagus.

Laryngopharyngeal reflux can be an unpleasant condition, but luckily there are many different prevention and treatment methods to utilise.

I am one of the newest team members at Medicine Direct having joined in early 2020. I graduated from Staffordshire University in 2014 with first class honours in Music Journalism and Broadcasting. Since then, I have written for some of the UK's largest publishers from the Manchester Evening News to the Yorkshire Post. I have also interviewed some of the biggest names in entertainment from Queen to Patti Smith.