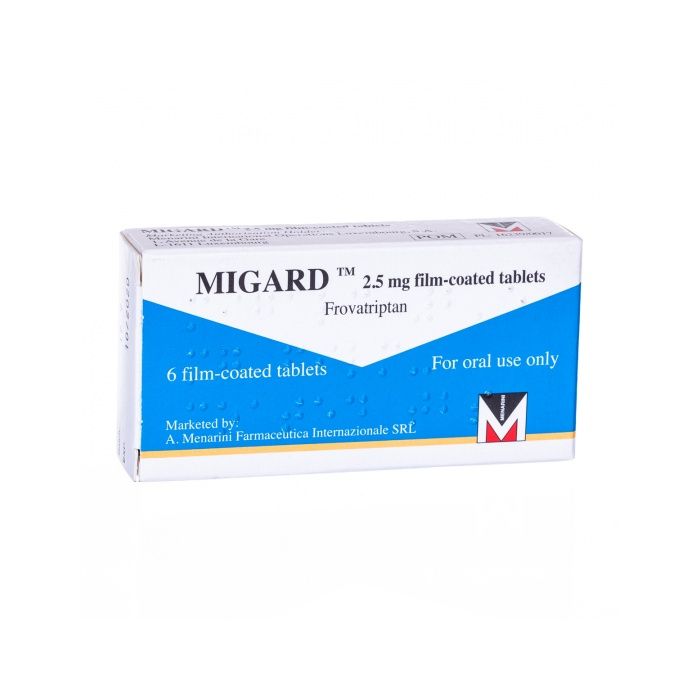 Migard 2.5mg tablets are taken to treat a migraine headache. These tablets contain a medicine called frovatriptan, which belongs to a class of medicines known as triptans.

This medicine is most effective when taken at the onset of a migraine attack. Migard should not be taken to prevent a migraine attack, only when you start to feel the symptoms of one coming on. However, it is safe to take alongside medicines which prevent migraines, such as Propranolol.

What is Migard used to treat?

Migard 2.5mg tablets are used to treat the headache phase of a migraine attack.

The exact cause of a migraine is unknown, but it is believed to be caused by the blood vessels widening in the brain, creating a throbbing pain. Migard contains the active ingredient frovatriptan, which is a triptan medicine that is commonly prescribed to treat the symptoms of a migraine headache.

Various factors can work to trigger a migraine, including stress, too much caffeine, poor diet, excessive alcohol consumption and a lack of sleep.

Migraines are believed to be caused by the widening of blood vessels in the brain. Frovatriptan is a serotonin agonist which stimulates the brain’s serotonin receptors, narrowing the blood vessels again and alleviating the throbbing pain that comes with migraines.

Migard is most effective when you take it right at the start of a migraine attack. However, it can still help to relieve symptoms if taken later on during an attack.

Migard (Frovatriptan) typically has the slowest response time of 2 hours when compared to other triptans.

How to take Migard Tablets

For the most effective relief, take this medicine as early as possible after the onset of a migraine headache. Swallow one tablet whole with a drink of water; do not crush or chew the tablets. Do not use this medicine to prevent a migraine attack.

If the first dose provides relief from the migraine headache but your symptoms return within 24 hours, you can take a second dose as long as it is at least 2 hours since you took the first one.

Do not take more than two tablets in a 24 hour period.

Migard 2.5mg tablets are not suitable for everyone to take.

This medicine must not be taken by anyone under 18 years old. It is also not recommended for people over the age of 65.

Do not take Migard if:

Speak to your doctor before you start taking Migard if you are at a high risk of developing coronary artery disease, particularly if:

Can you buy Migard over the counter?

Migard is a prescription-only medicine (POM), so it cannot be bought over the counter. You will need to speak to your doctor, who will prescribe this medicine if it is suitable for you.

Can you buy Migard online in the UK?

You can buy Migard online from Medicine Direct, but you will first need to complete an online consultation questionnaire. This medicine can only be bought when prescribed, so one of our registered doctors or pharmacists will review your answers to make sure that Migard is a suitable and safe treatment for you to use.

Once your answers have been reviewed, your order will be confirmed. Furthermore, if your order is placed by 2pm, you will receive your medication the very next day.

Never buy medicine online from anywhere other than a registered pharmacy, like Medicine Direct.

There are many prescription alternatives to Migard if this medicine is ineffective or not suitable for you. Other triptan medicines such as Sumatriptan or Almotriptan can also be bought from our online pharmacy after completing an online consultation form. These medicines also work to narrow the blood vessels in the brain during a migraine attack and help to alleviate the symptoms they cause.

For people over the age of 16 who suffer from migraines, Anadin Extra is also available to order from our pharmacy. Anadin Extra contains two painkillers: paracetamol and aspirin. The other active ingredient is caffeine, which helps the medicine to get to work as quickly as possible, providing rapid pain relief from migraine headaches.

If you have been diagnosed with migraines by your doctor, you could opt for the Imigran nasal spray, which contains sumatriptan as the active ingredient.

To browse our full range of migraine treatments, visit the Migraine conditions page on our website.

What if I take too much?

Speak to your doctor or go to A&E immediately if you take more of this medicine than you were supposed to. If you need to go to hospital, please remember to take the medicine and its packaging with you.

Rare side effects of taking Migard include:

Seek medical attention if you suffer form any of these reactions.

Please refer to the patient information leaflet for comprehensive information on side effects and how to cope with them.

Tell your doctor or pharmacist if you are taking any other prescription or non-prescription medication as some medicines can interact with Migard tablets.

In particular, before taking Migard, tell your doctor if you are taking any of the following:

This medicine may not be suitable for post-menopausal women.

Please read the patient information leaflet for full details on warnings and drug interactions. Please speak to your doctor for more information if you have any questions or concerns.

Do not use Migard tablets while pregnant or breastfeeding unless your doctor has given you a prescription for this medicine and instructed you to take it.

If you are taking Migard while breastfeeding, do not breastfeed for 24 hours after taking this medication. Any milk expressed during that time should be discarded.

The main active ingredient within this medicine is: Frovatriptan succinate monohydrate 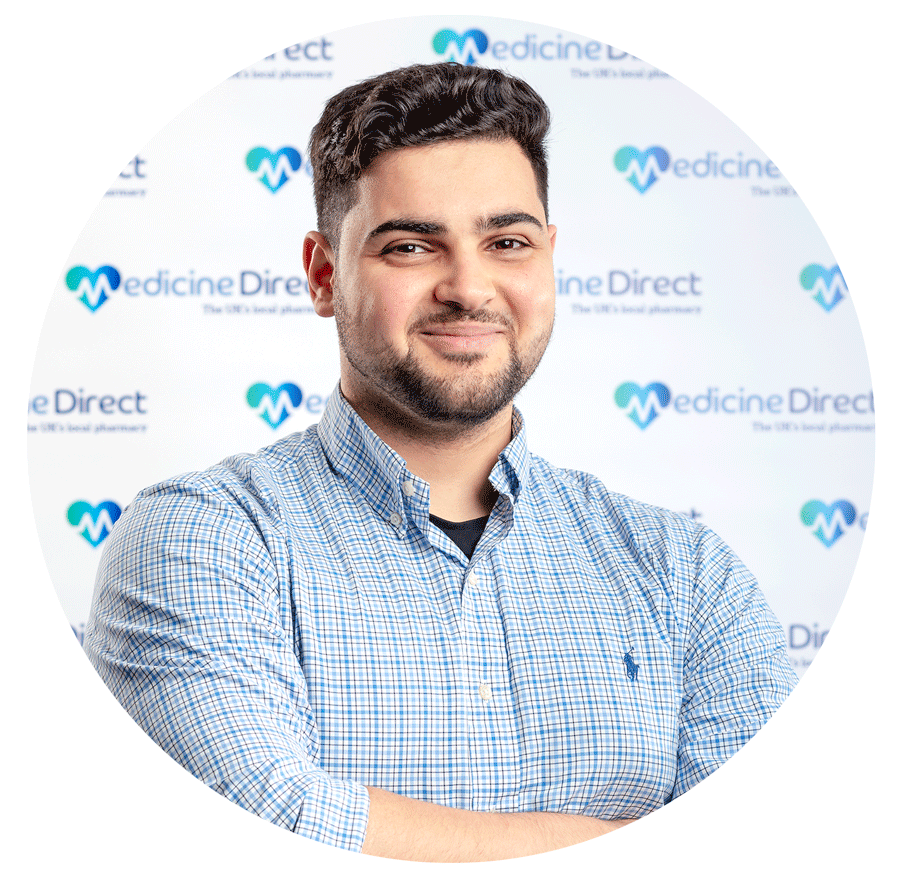