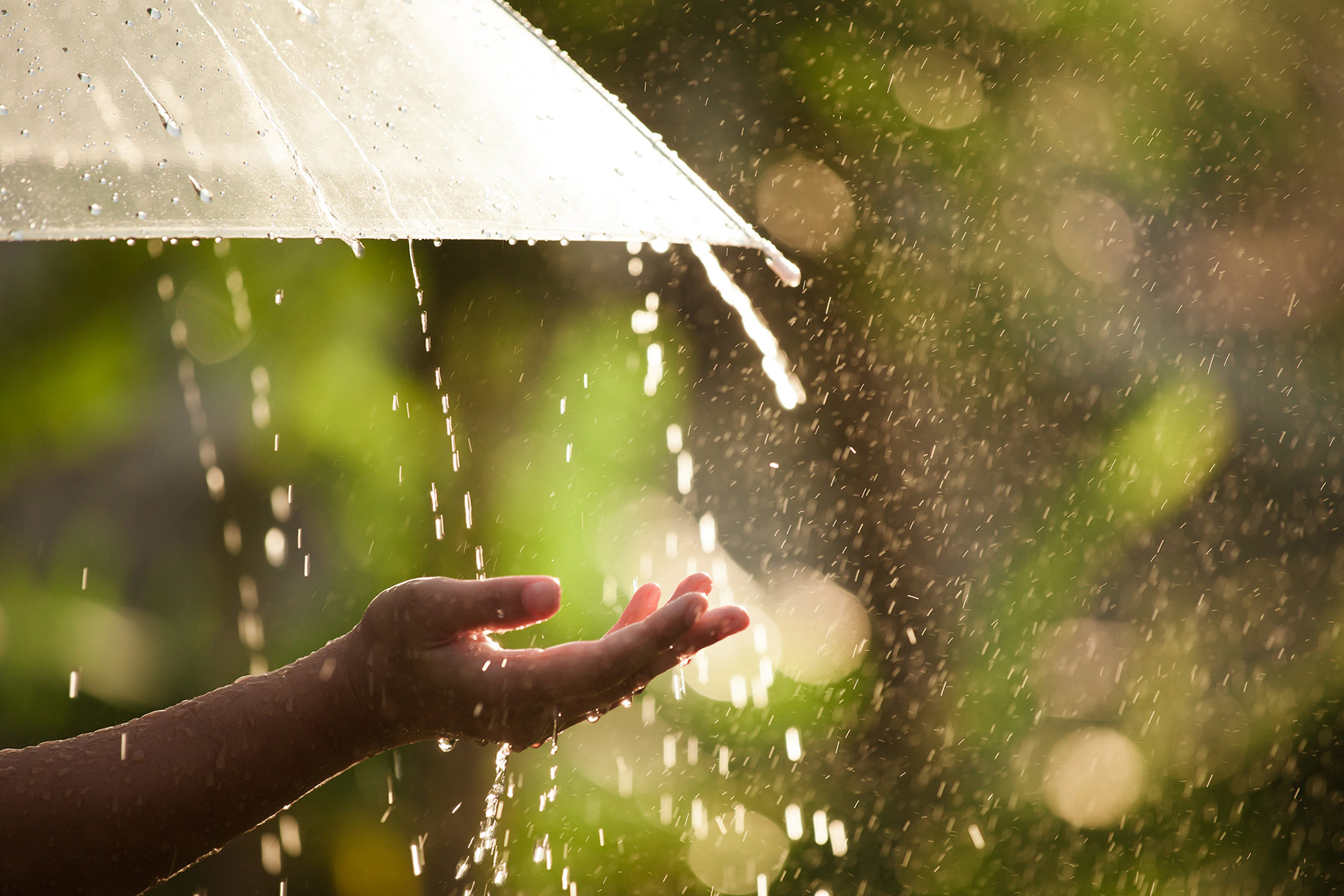 What is thunderstorm asthma?

During a thunderstorm, asthma symptoms can flare-up. A thunderstorm is a dangerous mix of asthma triggers, which may lead to breathlessness, a tight chest, coughing or wheezing.

The humid air, and raindrops, are part of the problem. The falling raindrops break down pollen particles, which are allergens, and make them spread more easily. During a thunderstorm, tiny pollen particles are blown around and can lead to allergic reactions. Hay fever symptoms can develop into asthma attacks as a result of pollen getting into your airways, whilst the heavy humid air might make it even harder to breathe.

Your body is designed to keep out as many irritants as possible. Tiny hairs in your nose can usually block pollen particles. But, during a thunderstorm, these broken-down particles of pollen become small enough to pass through your defences.

Where does thunderstorm asthma happen?

Thunderstorm asthma events, where many people are affected, are fortunately quite rare. But, they have happened around the world. In the UK, they've happened in Birmingham and London since the 1980s. Most happen in Australia, with Melbourne having experienced four significant events over the last four decades. During major events, large numbers of people experience asthma symptoms. Hospitals and ambulance services can become overwhelmed, and this phenomenon can result in deaths.

During a thunderstorm, you might experience symptoms of asthma including:

* Breathlessness
* A tight feeling in your chest
* Increased coughing
* Wheezing

The attack may start with typical hay fever symptoms, such as a runny nose, watering eyes and sneezing, but may quickly develop into breathing difficulties and respiratory discomfort.

How to take care of your asthma

Regardless of the weather, if you're asthmatic it's vital to take some precautions. If you use Asthma inhalers, such as a preventer inhaler, then this should be taken routinely. These medicines build up over time within your body, and taking breaks from using your preventative medications can cause them to be less effective. Be particularly careful if you're in an area where thunderstorms are frequent, or where pollen counts are high.

Anti-histamine medications are a line of defence against pollen and thunderstorm asthma. These can help your body to cope with allergens, such as particles of pollen.

If you're experiencing asthma symptoms in a thunderstorm, use your reliever inhaler, most commonly a ventolin inhaler. Follow any existing asthma care plan, and seek medical attention if the symptoms don't seem to be easing.

During a thunderstorm, there are higher numbers of asthma triggers than usual. It can be hard to get an asthma attack under control, with so many small particles of pollen. The thick, humid air will only add to your struggle.

By being aware of the risks that a thunderstorm presents to an asthmatic, you can stay alert and take action quickly if you notice that you're struggling to breathe.

I am one of the newest team members at Medicine Direct having joined in early 2020. I graduated from Staffordshire University in 2014 with first class honours in Music Journalism and Broadcasting. Since then, I have written for some of the UK's largest publishers from the Manchester Evening News to the Yorkshire Post. I have also interviewed some of the biggest names in entertainment from Queen to Patti Smith.

How to look after your health through the decades February 18, 2021

How the pandemic has affected the elderly's physical and mental health February 18, 2021