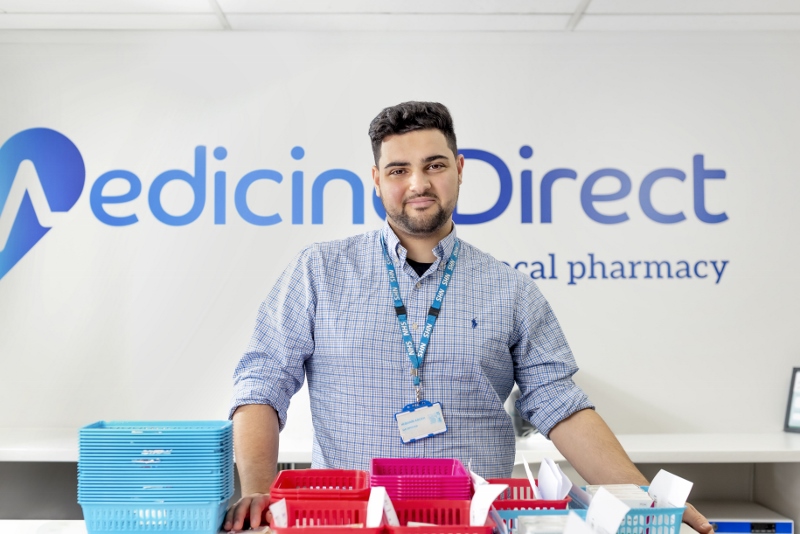 Hussain Abdeh is our Superintendent pharmacist having joined the Medicine Direct online pharmacy team in 2018.

Hussain is reponsible for the day to day running of the pharmacy ensuring patient safety is always maintained to the highest level.

Having worked in a mixture of community pharmacies and long distance selling pharmacies (such as medicine direct), Hussain brings a wealth of experience to the team.

Hussain studied at Liverpool John Moores University, graduating in 2015 with a Master of Pharmacy MPharm. Upon graduating from University, Hussain has worked in a number of community pharmacies throughout the north west of England.

A Pharmacist Independent Prescriber may prescribe medication for any condition within their clinical competence.

Hussain has carried out a number of campaigns throughout the UK, most recently his work in identifying Britain's Pharmacy Blackspots has gained attention in many national and regional newspapers. This campaign was used to highlight the areas of the UK that have a significantly lower amount of pharmacies than other areas.

Hussain has spearheaded a number of research campaigns throughout the UK. You may have seen some of Hussains work having been publushed in many UK national newspapers and platforms.

Hussain specialises in sexual health conditions and STI's such as genital herpes, gonnorhoea and Chlamydia. He has launched nationwide campaigns designed to raise awareness throughout the UK on the STI symptoms and the importance of safe sex.

Hussain's most well known publication was part of the Medicine Direct Fruit of Your Loins campaign and was designed to inform and educate the UK population of the different STI symptoms and growing STI rates particularly in certain UK cities.

The camapign received National coverage on some of the UK's biggest news platforms such as:

All of our Independent prescribers are based in the UK and have experience working in a range of GP Surgeries and hospitals, NHS, and community pharmacies. 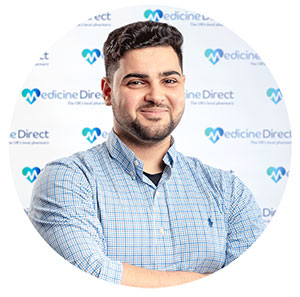 Hussain has been a Pharmacist since graduating from The Liverpool John Moores University in 2015 and has been the superintendent Pharmacist of Medicine Direct since our launch in 2018. 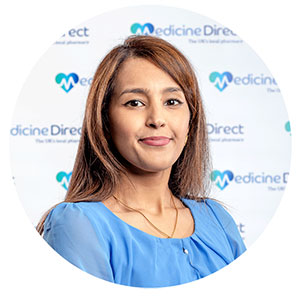 Sonia is our local on-site pharmacist responsible for dispensing a wide range of medicine to patients on a daily basis. Sonia joined the Medicine Direct team in 2019 and is based at our Manchester Head Quarters.

View profile
Customers have rated us Excellent on