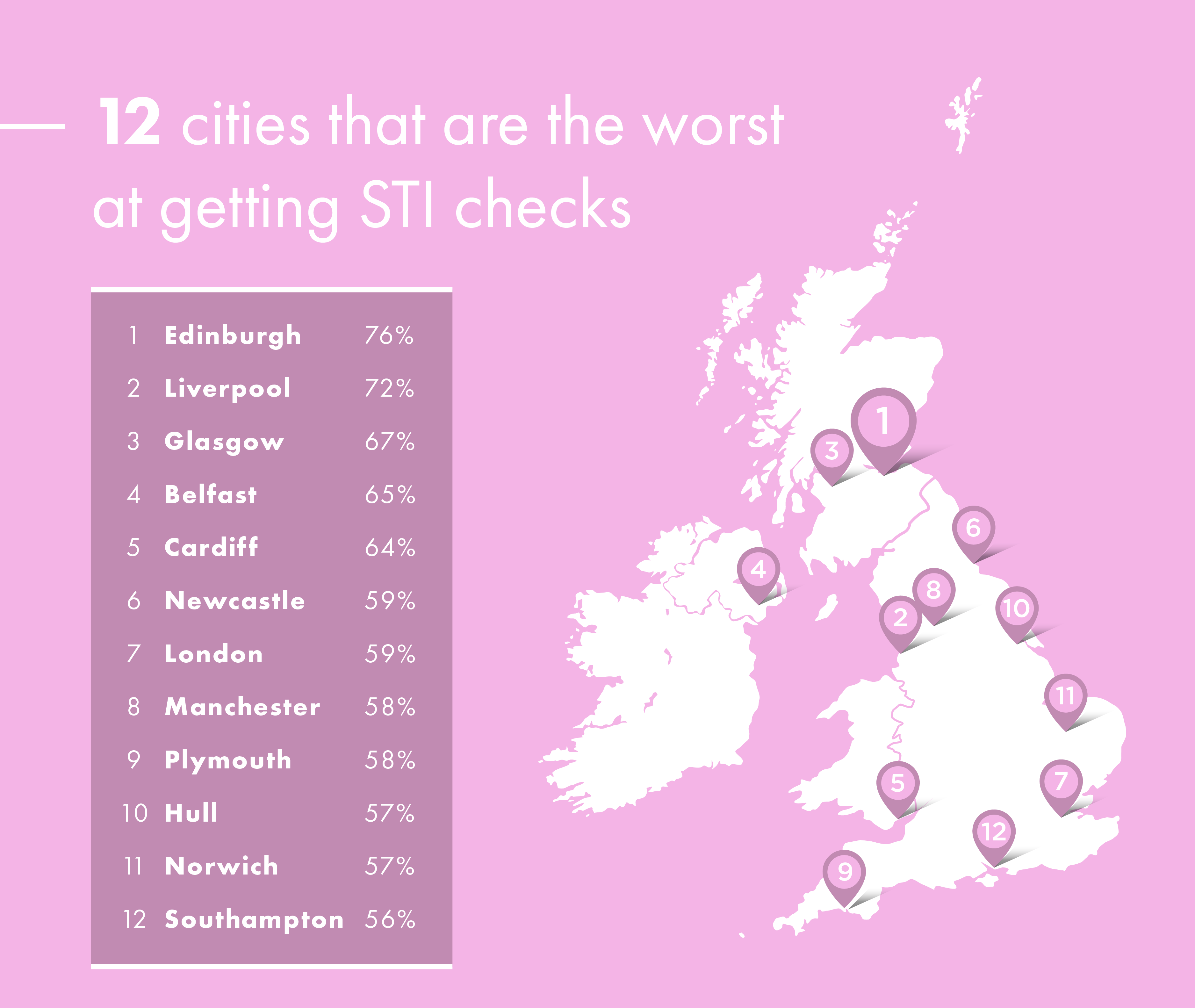 Following a year that’s been dominated by the terms ‘coronavirus’ and ‘Covid-19’, we’re sure most of you will have had enough of hearing about rates of infection, positive test results and numbers of cases...

However, one area where the UK has seen infection rates drop significantly over the past few months (not surprisingly as a result of lockdown!) is sexually transmitted infections (STIs).

Searches for ‘chlamydia’ are at a five year low amongst Brits according to Google, suggesting the amount of people looking for advice and treatment in 2020 has significantly dropped as a result of lockdown, with people less likely to be meeting up with potential new partners over the last few months.

And, while it’s great that infections have been lower and enquiries for our chlamydia home test kits and other chlamydia treatments have seen a dramatic dip (despite the impact to our sales!), there are concerns that once restrictions are lifted and life returns to some sort of normality, we could see rates beginning to rise again.

We wanted to find out how attitudes to STIs have changed across the UK over the past few months following the various lockdown restrictions and as a result have compiled the figures for the UK STI Check 2020.

We surveyed 2,368 UK adults about their knowledge of STIs and their views towards advice, testing and education around the subject to gain a better understanding of how well people understand them in 2020.

All of the data was then collated to allow our experts to explore national trends and regional divides, and it’s safe to say there were some answers that surprised us!

1 in 50 believed that STIs were not a real thing

Yes we are all aware of the rising prominence of fake news but we were still shocked to find that 1 in 50 adults thought that STIs were a complete myth - this works out at around 1.3 million Brits when based on the current UK population.

Of course, STIs are indeed very much a real thing and can be easily caught if effective protection isn’t used correctly.

The most common STIs in the UK include chlamydia, genital herpes, genital warts, gonorrhea and syphilis.

58% of Brits had never had an STI test

More than half of Brits admitted they had never been tested for an STI and this is a concern given the fact that infections such as chlamydia often carry no symptoms meaning they can be easily spread. A further 41% of those surveyed also admitted they wouldn’t be confident in identifying symptoms of an STI. 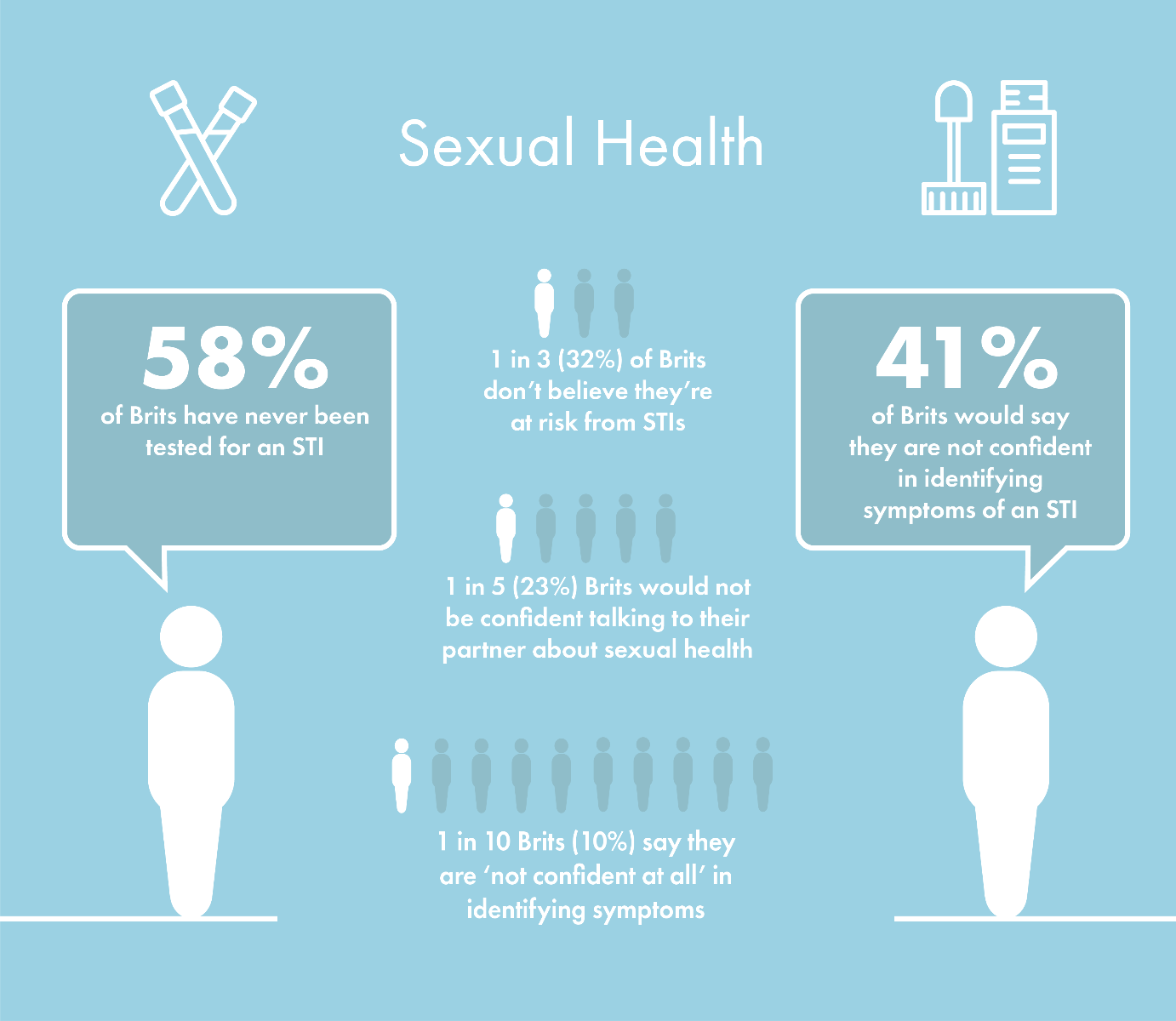 It is advised that if you are sexually active you should be tested annually and this is particularly important if you have multiple partners. To find your nearest clinic, visit the NHS website.

Residents of Edinburgh least likely to have had an STI check

When looking at testing rates across major UK towns and cities, it was Edinburgh where residents were least likely to have had an STI check. Three quarters of those surveyed (76%) in the Scottish capital admitted they had never had an STI check. 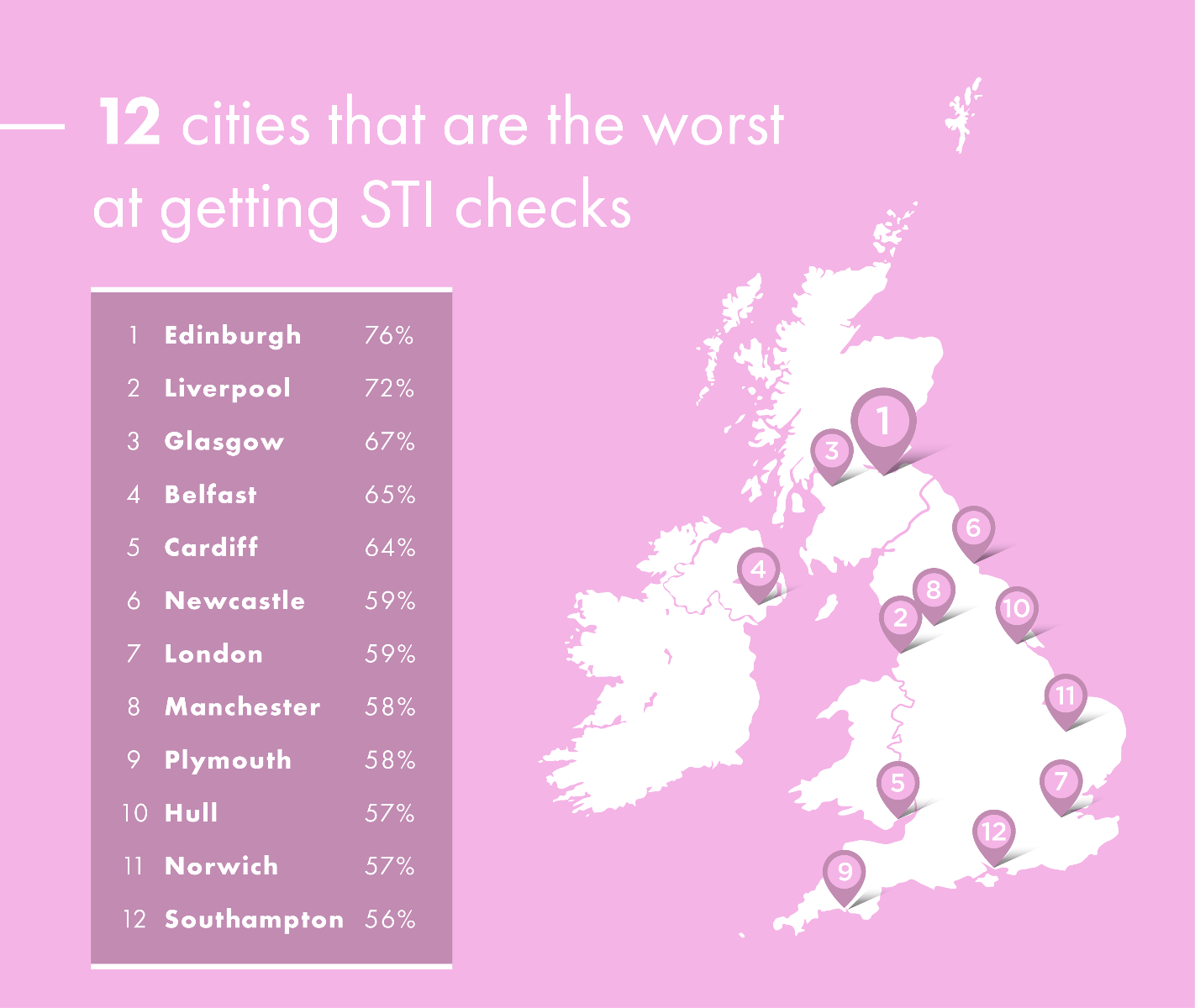 Other notable findings of the survey include:

Spotting the signs and avoiding infection

It’s important to remember that in the case of many STIs - most notably chlamydia - there are often no clear signs or symptoms to suggest you are infected, which is why regular testing is so important, even if you are using protection. 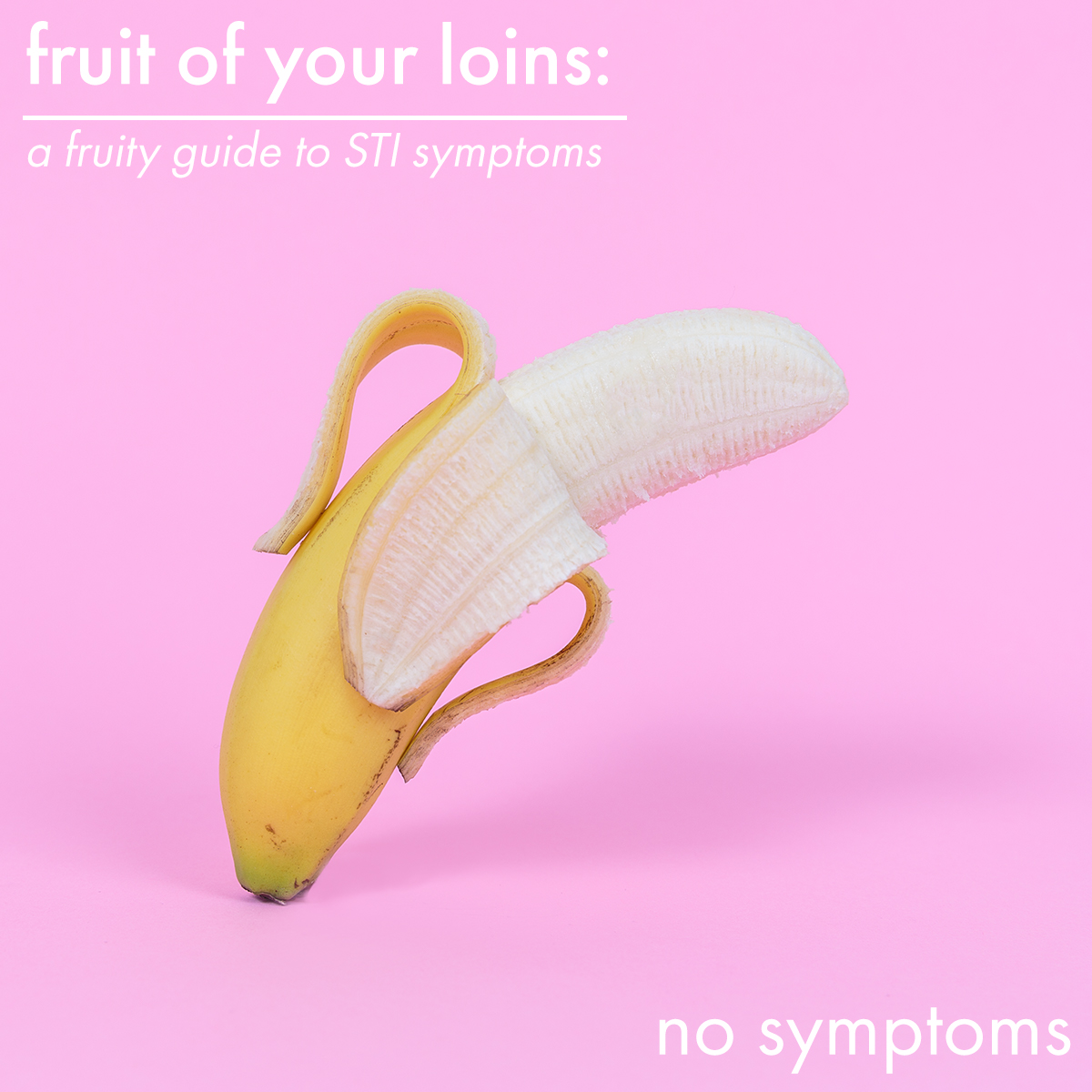 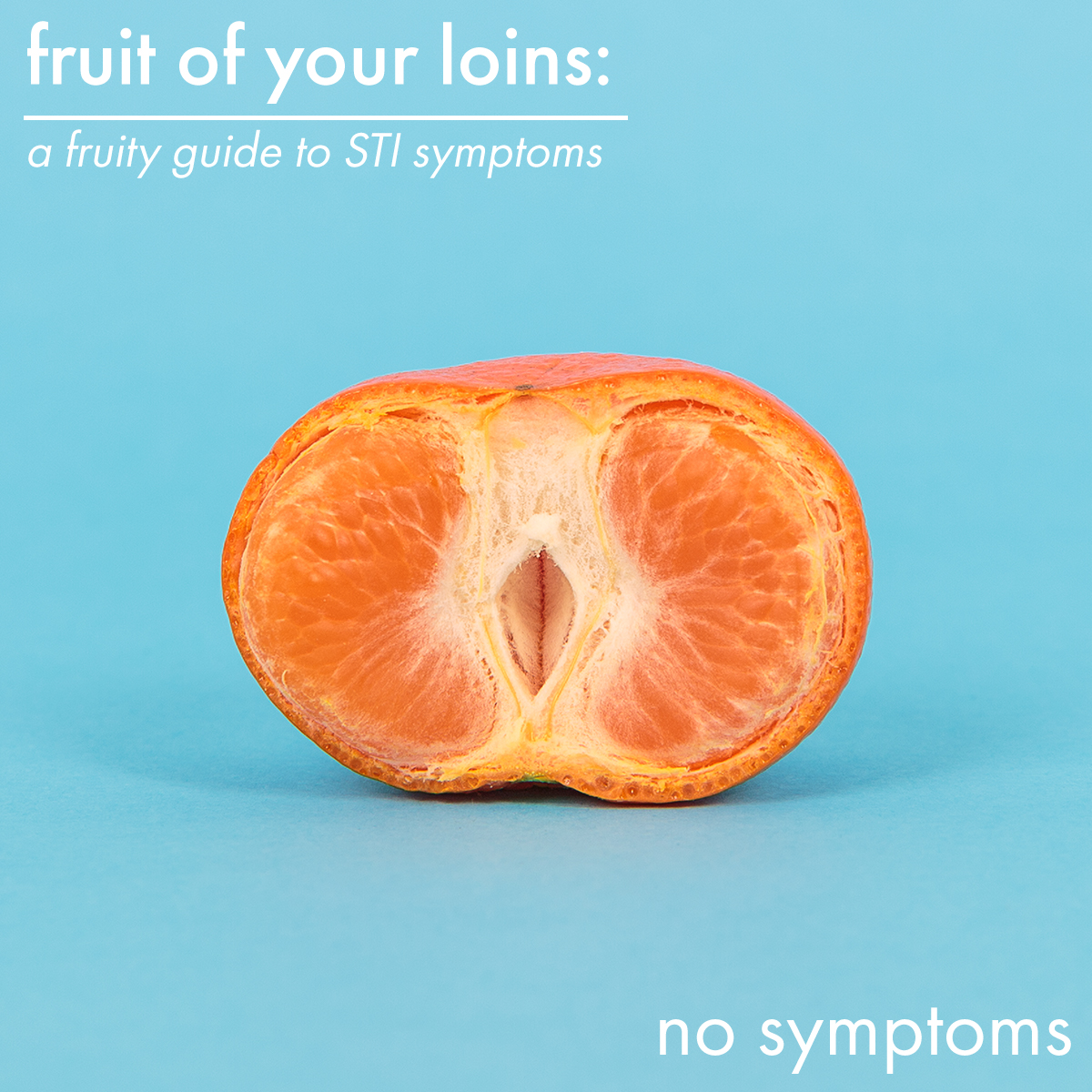 Superintendent Pharmacist at Medicine Direct, Hussain Abdeh, offered these five tips in light of the findings: 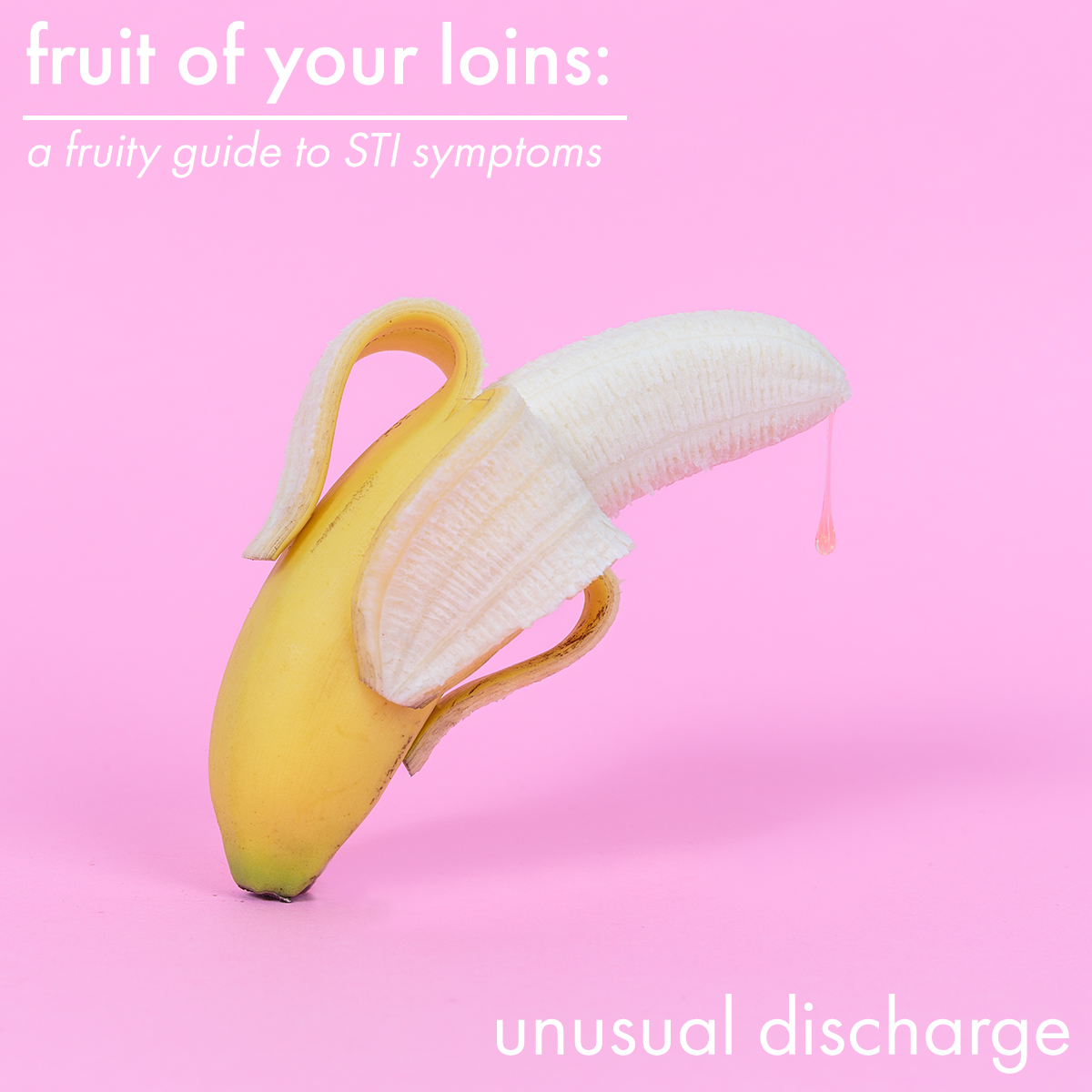 What if you do have an STI?

If you do test positive for an STI, your GP or clinic will signpost you to the right course of treatment depending on what infection you have.

They are likely to prescribe you with a course of treatment which could include the following:

Genital herpes can also be quite painful for individuals that have the infection, particularly if you are experiencing your first outbreak. The first outbreak of herpes is usually the most aggressive with subsequent recurrences being much more mild. If you are experiencing pain because of a herpes outbreak, your doctor may choose to prescribe you with a pain relief medicine to help the inflammation and pain.

How did we collect the data?

We surveyed 2,368 UK adults about their knowledge of STIs and their views towards advice, testing and education around the subject to gain a better understanding of how well people understand them in 2020.

Why Ethoxydiglycol could trigger a global fake tan shortage November 1, 2021